Air-Driven vs Electric Handpieces: Which One to Choose

Although there are hundreds of different decisions to make when it comes to choosing the right handpiece for your practice, choosing between electric handpieces vs air-driven handpieces can be one of the easiest. Their differences are polarizing, and both come with unique pros and cons. I am writing this to help bring light to their unique advantages and disadvantages, and help you with understanding just what makes them different.

Now, what the heck do I know about handpieces? Well, I have been working on dental handpieces, both electric handpieces vs air-driven handpieces, for over 7 years! I have seen tens of thousands of different handpieces, from thousands of doctors around the country. I get to see what repetitive problems certain handpieces have, as well as getting to see their insides and outs. With this experience, I am able to understand what each handpiece is specifically good for. I can tell the distinct differences between using an air-driven dental handpiece vs an electric. I can see the advantages and disadvantages of each, and I can understand just what makes them better or worse than one another.

What Are the Main Differences Between Air-Driven And Electric Dental Handpieces? 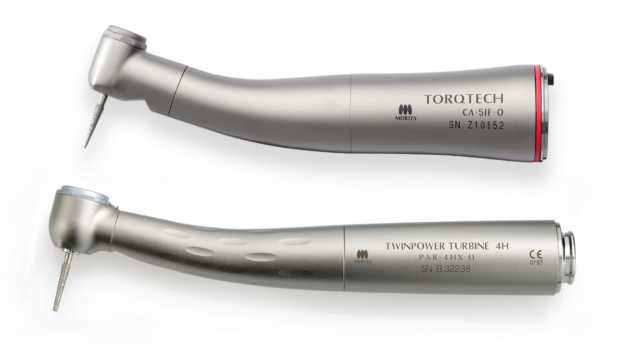 Now, one of the basic and easiest things to understand about the electric handpiece vs air-driven handpieces is their differences. As I mentioned earlier, the differences are polarizing, and you can see them just by looking at the design of the handpiece. Air-driven handpieces are (obviously) powered by air, which is produced by your air compressor system which is already in your office. That air is used to spin a turbine impeller at around 400,000 rpm’s and produces enough torque to allow you to cut hard objects with relative ease. One other difference is the electric vs air-driven dental handpiece speed, which was just stated.

Now, take a look at Electric dental handpieces. Electric handpieces are not powered by air at all (some models use an air switch, but still run off power). Electric handpieces are powered by (you guessed it) electricity! Your electric motor system uses an electric current to spin something called an armature, which is located in your motor. This motor spins at a maximum of 20,000 rpm’s (Just like most low-speed air motors). You then attach a 1:5 attachment on top of that motor to increase the speed ratio, which in turn, ends up spinning your bur at 100,000 rpm’s. This is 4x’s slower than the average air-driven handpiece; however, what they lack in torque, they make up for in torque. These electric handpieces have an astronomical amount of torque. More than you can really use without causing damage.

The Advantages of Air-Driven Handpieces:

What Are The Limitations of Air-Driven Handpieces?

The Advantages of Electric Handpieces: 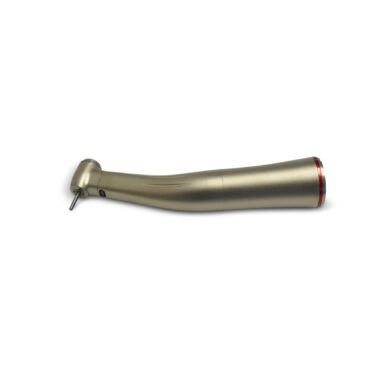 What Are The Limitations of Electric Handpieces?